In my recent blog about the spectacular next decade we have ahead of us, I talked about the new Courageous and Bold Consumer. In this one, I am challenging you, both professionally and personally, to become a bold and courageous manager, employee, disruptor, reformer, crusader for change or whatever you want to call it, to help in accommodating this new spirit of consumer activism.

Armed with unprecedented knowledge and driven by defiance of a system that has for far too long just assumed people would buy whatever they saw advertised, today’s courageous consumer is going to encourage you to be your “crazy self” as opposed to your corporate one.

This is something I have learned over the years whenever anyone called me “crazy.” I looked at such criticism as an indication that I was doing the right thing by shaking up the system. When a fellow board of directors member once referred to me as “the guy with hare-brained ideas,” then I really knew I was on the right track and took his intended insult as a badge of honor.

[tweetthis]My question to you is: what’s holding you back from being your crazy or hare-brained self?[/tweetthis]

My question to you is: what’s holding you back from being your crazy or hare-brained self? What if there was no other way to connect with the newly Courageous and Bold Consumer or conjure up the state of mind that you are going to need to assume a productive leadership role, or successfully manage your business in the spectacular new decade ahead of us?

Of course, you might be asking how you can muster the kind of courage and daring it’s going to take to transform yourself into both an advocate for consumer causes and an adversary of the system that has tried for so many years to suppress them.

So, let’s step back for just a minute and think about what is going on in your body right now. You are breathing in substances that are constantly being broken down, with toxins going to the liver to detox and oxygen being picked up to be transported to tissue to start an incredible cascade of chemical reactions that keeps you alive. This isn’t even taking into account the microbiome digesting any food you have eaten, taking every individual nutrient and putting it on the proper pathway for your body to utilize, and your brain monitoring every stimulus every sound, smell, light, touch — you name it.

Now why, you might ask, did I just review all this bodily biology? Because it is a specific reminder of just how incredible, awesome and extraordinary you are. Right now in this very second there is no one else possessing your specific combination of talents, your individual aura of awesomeness. And since there is no doubt how incredible and extraordinary you really are, why would you want to resign yourself to the role of an “average Joe?”

Just think for a moment about what you might yet accomplish by unleashing your Bold and Courageous Self. Beyond whatever positive effects such transformative behavior might have for you and your loved ones, there’s no telling how it might enable you to benefit the human race and the planet.

There is literally no limit to what we can do under the right stimulus. I’m sure you’ve read stories about people who were able to summon superhuman strength, such as lifting a car that had overturned to save the passengers inside.

Mustering your own superpowers all starts with taking whatever special abilities you now possess and making them work “far beyond those of mortal men,” as Superman was described in the intro to the classic TV series.

And if you think that’s crazy talk just keep in mind that no mass movement – including the rebellion of today’s Courageous and Bold consumers – ever got started without being galvanized by individuals who were themselves bold, courageous and crazy enough to challenge the established way of doing things with hare-brained ideas that eventually not only caught on, but came to be acknowledged as long overdue.

Someone’s got to do such things. And who better than you?

Tagged under: courage, go crazy, ideas, save the world

How A Uruguayan Feast Taught Me A Valuable Life Lesson 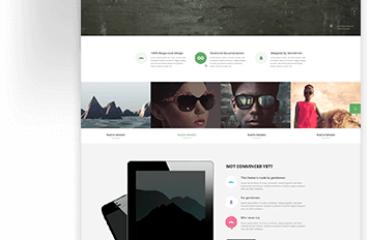