Over the Thanksgiving holiday I was able to take a few moments to focus on the global changes we will start to see as China, India and the Southern Hemisphere replace the U.S. and Europe as the world’s dominant economic powers. One startling statistic from a recently published McKinsey Study on resources was that three billion people will be moving into the middle class around the world by 2030. This phenomenon becomes mind-boggling when you think about what inevitably accompanies it: a substantial increase in the demand for meat. China’s per capita meat consumption, for example, is expected to rise 40 percent to 165 pounds per person per year by 2030 – a development that’s bound to have a huge impact on worldwide agriculture, given the amount of crops needed to feed the additional animals involved. And India’s caloric intake is expected to increase by 20 percent, requiring an amount of farmland that we cannot even imagine today. So before you decide not to read any further because you’d rather not think about the effects this will have on the soil, water and viability of the planet, I’d like to briefly explore it from a somewhat different perspective.

Instead of taking a pessimistic viewpoint toward all this, let’s try looking at it through the lens of opportunity. I’m talking about opportunity to achieve technology breakthroughs that will allow crops to be grown using less water and less soil and to be harvested in a totally different way – in a sense, to ‘reinvent’ agriculture as we know it. Yes, I believe this can be done, if we bring all of the best of the world’s technology to bear on this singular challenge, which is growing food for three billion more people and for a diet that will be higher in calories than ever before. And I’m not referring to the genetic engineering of crops that has actually proven counterproductive, but rather to the creative application of various natural processes and techniques for maximizing productivity. This can be done and, in my opinion, will be done. Next-generation greenhouses and feeding practices should be on the radar of every food company, and probably more important, every entrepreneur. Imagine aquaculture providing the fertilizer for vegetables, vegetable waste feeding the animals, and the animals themselves thus ensuring the soil is nutrient dense.

We still have about 20 years to figure this out, and many scientist and entrepreneurs are now zeroing in on these very issues. There is, in fact, historical precedent for where we now find ourselves, and the McKinsey organization deserves credit for pointing this out in the executive summary of its report, “Resource Revolution.” As the website notes:

“The English thinker Malthus argued in his famous essay on the principle of population that there was no longer sufficient land in the world to feed a rapidly growing world population, threatening poverty and famine. But an agro-industrial revolution soon transformed the economies of Europe and North America, and his fears proved to be unfounded.”

My feeling is we are at that point again, except with different parts of the world leading the revolution this time, and with the technological lessons learned in the previous one to acquire exciting and promising new dimensions. Now, that’s what I call real food for thought. Stay tuned. 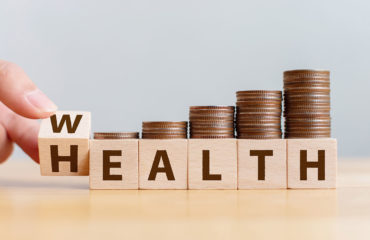