Commodities the planet, and the relationship between pricing and the Web — this may seem to be an unlikely grouping, but I believe that taken together it will have a significant impact on consumer product companies this year.

Why? Well, for one thing, we’re going to be entering a volatile time for commodities as the world recovers from the economic downturn. Anyway you cut it, there is going to be volatility and scarcity of commodities in 2011 (a trend confirmed by Nobel-winning economist Paul Krugman in one of his recent New York Times columns) Now, you might be saying we see this every year, and to a certain extent you would be right, but what I believe to be different here is that consumer packaged goods companies are not going to be able to readily pass the resulting price increases along to consumers today in 2011. That’s primarily because in today’s New World Order, we are experiencing both an expectation of environmental stewardship and a proliferation of Web-based discounts. These are issues that CPG companies have not dealt with in creating their pricing models.

So let’s take a closer look at the impact and interrelationship of the categories I grouped together:

The effects of the roughly six billion people now living on this planet will continue to create volatility in commodity prices, especially as weather patterns change and the world economy recovers. But what is different here is that consumers have become more aware than ever before of the strain on the planet and the environmental impact created by CPG companies and their purchasing departments, which I believe will compel these operations to change their purchasing behavior.

A perfect example is Nestle’s recent capitulation to tech-savvy environmentalists over its use of palm oil in its Kit Kat bars. When the company failed to provide a satisfactory answer to environmentally conscious consumers who had questioned the source of the palm oil and whether it was destructive to the ecosystem, the activist group Greenpeace forced the issue. Last March, the group released a report about Nestle’s palm oil use, then staged a protest outside company headquarters and posted a negative YouTube video, each asserting that Nestle bought its palm oil from an Indonesian company responsible for deforestation. The video, which depicted an office worker opening a Kit Kat bar and finding an orangutan finger, ignited a full-scale social media war against Nestle, which experienced vandalism of its Facebook page and an outpouring of angry tweets. Two months later, the company announced it would cease using all products involved in rainforest destruction.

The growth of Fair Trade is another illustration of how consumer pressure is putting the squeeze on companies to do business in a more equitable manner. This will all result in higher costs for CPGs, which will be difficult for companies to pass along because customers have largely come to expect environmental and social stewardship as a given.

2) Pricing and the Web

Discounting has always been a convenient way for CPG manufacturers to do trial runs and to push sales, but the kind of deals we are seeing offered in the U.S. by Groupon, Living Social and a multitude of other venues is going to rock the CPG pricing world in my opinion forever. It has jumped on us like a horde of locusts from out of nowhere, resulting in a two-year-old company like Groupon seeing its value soar to over five billion dollars by offering vouchers for daily deals on ‘cool local businesses” via e-mail, Facebook and Twitter. If you haven’t signed up and seen how these discounts work, you need to. This is Sunday coupons on steroids every day — not just a dollar off, but discounts of 30 to 40 percent on goods and services in your community. This group discounting is going to create havoc in pricing for CPGs. My belief is that we have only seen the beginning of this phenomenon, which will really start to have an impact in 2011.

Trying to perfect something is fine, as long as it’s not part of your plan 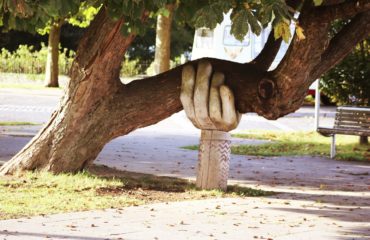 My new role: providing enlightenment on what’s wrong and right when it comes to light