A-Z Of Business: The 3Ms

A-Z Of Business: The 3Ms

Once in a while I have to stop and check my “meaningful meter.” In other words, how meaningful are the activities I currently have on my weekly to do list? Many times I get to that point where I seem to have an overwhelming amount of meetings, calls and activities, and at that point I have to stop and ask myself how many are actually meaningful and really matter to others. I like to think of it as the 3 Ms—meaningful and matter to mankind. I use this meaningful meter check as a way to quickly clear many of the manic meetings, calls and activities that really aren’t meaningful.

Now I know this is not an easy exercise, especially when you have a boss, family obligations, and children that have different thoughts and needs, but I challenge you to use the meaningful meter often. It only takes a minute to look at your to do list and put an M next to the ones that are meaningful and matter versus just manic activities.

If you have your to do list handy, it would be great to look at it right now. Perhaps you’d be more comfortable if you label things that are family driven priorities or boss driven priorities: just make sure the to do list that you are working from is meaningful.

I want to add a little context to this, and that is recently (actually last week) while waiting for a delayed flight due to thunderstorms in the southeast, I had a conversation with a friend about a good doctor buddy of ours. We were trying to figure out what happened to him or what happened to the guy we knew—and as we where talking it became apparent to me that this Dr. Had always been a giver and some how along the way he became a taker. The reason this happened to my friend is relevant to the meaningful, matter, mankind thought process.

In 2013, Florida State University conducted a study and asked 400 people if they thought their lives were meaningful. They found that a meaningful life and a happy life have overlap, but that they are driven by different roots. Those who reported a happy life had health and money and, not surprisingly, this was linked to selfish behavior. In other words, those that had a happy life where actually takers and not givers. Leading a meaningful life, in contrast, was about being a giver, not a taker. Having more meaning in life was having convictions and ideals that you would be willing to stand up for.

What they also found was that people with a meaningful life were not only givers, but felt more inspired, more enriched and “part of something bigger than yourself.” This seemed to support a more balanced life and greater psychological health.

So a different but related question might be, are you a taker or a giver? Maybe you should do a couple of self-audits and evaluate whether you are a giver or taker? This will be a real indicator of weather or not you are living a meaningful life.

The meaningful/matter/mankind meter is an important tool that is very simple to implement. You can also make it very real to your life and (depending on what season of life you are in) instead of mankind it could be meaningful/matter to my children, to my family, to people dependent on me.

In my personal season of life, I use the mankind word a lot because as I look at what I want to accomplish, if it isn’t meaningful or doesn’t matter to mankind I feel I need to move on to something that does because my time to accomplish these things is narrowing. I fully realize, however that many people have immediate issues and needs that have to be addressed now, and that has to be a priority—but whatever level of the meaningful life that matters scale you are on, if you will concentrate on being a giver, you will feel better about yourself and you will make a difference in many lives. Just writing this blog inspired me to cancel more than half of the “meaningless” calls and coffee meetings I had scheduled for this week. Wow! My shoulders just dropped and I feel lighter and more convicted than ever to “give” and “live” a meaningful life that matters to mankind—MMM!

Don’t Lose The Art of Salesmanship 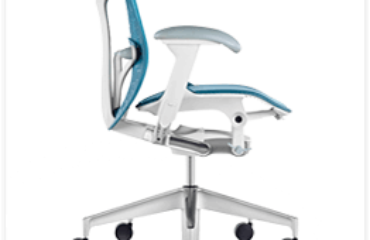