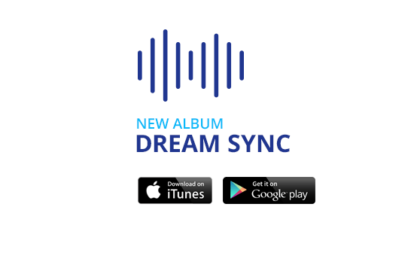 Today, I was reminded of how important it is to use the pause button whenever you are starting to get overstimulated, angry, or when something irritates you. Three consecutive times this morning, I was put in a position where I was misquoted, and it upset me. Then I realized that, spontaneously, I had reacted with a email reply. I realized, the email I had just written was a little angry, and that I should put it in the draft file and take a pause.

I did this three times. Writing an email, then realizing I should not send it. I wanted to make sure I didn’t go into a negative vibration, but continued trying to maintain a high vibration.

The key to making this work was to limit my immediate instinct, which was to quickly respond with a verbose email that had tones of anger, which I think never accomplishes anything. So I didn’t send the three emails today. I would have been upset with myself if I had.

This is a constant lesson for me —how valuable the pause button is, whether you are in a conversation or an email exchange. I really don’t know why my immediate instinct is to react quickly and distinctly, versus letting some time pass. Or, as the old saying goes… let water run under the bridge… before I react or respond.

I really do believe that time heals and that we don’t use such a simple tool often enough. In this particular case, I wanted the email chain (including all the people cc’d) to know that what was said was not my point of view or opinion, and that I was totally misquoted, and upset about it. It is fascinating to me. Why did I want to set the record straight? Why was that so important to me? Why was my instinct to pound my chest and show them? I was just really happy that I had used the draft file and my mental pause button.

As part of the pause, I decided to make sure I did not engage, but just paused, and let time play it out —even to the point of ignoring calls and ignoring emails. But I did respond, saying that I would talk with the person I was upset with later in the day. Now, through the course of the day, I had to continually tell myself not to respond until I was in a positive higher vibration.

I took a lunch break, and decided to literally walk away from work for a while. So away I went for a hike on a long trail that is typically a couple of hours. I will confess, my cell phone was in my pocket.  Maybe because I felt guilty walking away entirely. But the hike was great and I was breathing in nature, when I thought, for some reason, about a night in Charlotte, North Carolina, sitting at the bar of “Flemming’s” restaurant, eating a meal by myself. Then I thought about two young musicians that I had met at “Flemming’s”, as they where sitting alongside me, splitting a steak.

They where very cool, and invited me to their concert, which I went to and had a blast. I loved these guys. They where authentic, being themselves, having so much fun doing what they love. The name of their band is Black Jack Billy, and they currently have a hit on Sirius radio.

As I was reflecting, I was thinking about how renegade and free the group is, and how much I loved them for that, and wanted to help them. Then I remembered that one of the band members, Patrick Cornell, went out on his own and had sent me his single. At the time, I didn’t listen to it and simply forgot about it. But for some reason, I was thinking about the band and Patrick, when my phone binged that I had a text message. I picked the phone out of my pocket, and it was a text from Patrick! Yup! I can’t make it up… but it was from Patrick, saying that his single Need to Bleed was the Song Writers’ Pick of the Day, and so I just hit the details button on the text, pressed the phone number and called him.

He answered and we had a long talk, which was inspiring. He told me about the challenges of being a solo act now, versus when he was with the band. He said that he had grown comfortable with being part of the band versus the solo artist, and that now he was a pop artist living in Nashville.

The point here is, that Patrick was exactly the boost I needed to get back in high vibration. Once I was in high vibration, while still on the hike, I placed a call to the individual I was really upset with earlier in the day, and we started off laughing and having a positive conversation. We were both kind of ignoring the “elephant in the room” and then the individual said, “Hey, man, I am sorry we had a misunderstanding.” And I said, “I am sorry, too.” And within a few seconds… issue resolved!

Yes, it was that easy. The lesson here is that if I had engaged with anyone regarding one of those three emails I wrote, I would have escalated the situation to a serious, relationship damaging episode. Instead, it turned out to be a laughable misunderstanding.

So what I recognized, and want to reinforce is, use the pause button whenever you start to feel irritated or angry in any way, shape, or form. Just step away, and don’t engage in any way. When anything in an email seems like it could be an irritant, just put it in the draft file and give it a few hours.

Most importantly, make sure you are in a high vibration and in a good space when you confront an individual about an issue that has upset you.

Zero waste: An idea we once embraced whose time has come again

How an ‘Attitude of Gratitude’ Can Take You to Astronomical Heights