Tampering with time does more than “save” some daylight

Tampering with time does more than “save” some daylight

As an ‘early-to-rise’ type of individual, I like nothing better than to get up at the crack of dawn and have breakfast to the accompaniment of the birds. In fact, I’m usually at my best about the time when other folks require two or three cups of java to wash away the cobwebs, and love to schedule my meetings in the morning. That’s why it’s so unusual for me to find that ‘waking up is hard to do’, as I did for a week or more after we were told to set our clocks ahead by an hour.

Judging from the disruptive effect that the arrival of daylight saving time seems to have on my natural sleep cycle, I’m inclined to think that the occasion is as taxing on my body as April 15 is on my bank account. From springing out of bed no later than 6am every morning and feeling on top of the world, I suddenly found myself barely being able to arise by 7 a.m., and going around feeling uncharacteristically tired all day. (And as a frequent flier, I’m someone who’s grown quite adept at adjusting to “jet lag.”) In fact, I’m inclined to think that it has a similar effect on most of us, seeing as how the Monday immediately following the annual ‘lost-hour weekend’ always seems to be the most difficult day of the year to do business.

But this sudden feeling of being thrown slightly out of kilter has also served to make me all the more aware – and appreciative – of the impact and subtle influence that nature’s rhythms have on our equilibrium. The certainty that night will follow day and that the tides will rise and fall at predictable times, or that seasonal changes will inevitably occur on a regular schedule are a source of physical, mental and emotional reassurance as well as wonder. The predictability and variety that these cycles provide are also things I believe we tend to take far too much for granted in our daily lives.

While it’s not my intent here to argue the pros and cons of tampering with time, the point I am trying to make is that we really need to be aware of just how important predictable patterns are to our basic sense of well-being Just as our internal clocks are set to expect a certain number of hours in the day (and night), our cellular mechanisms are geared to anticipate certain conditions at different times of the year – something that’s evident from the recurrent behavior of animals like squirrels and bears depending on the season.

So if turning the clock ahead disrupts your slumber schedule and resulting feeling of “being yourself” let that be a reminder that the agenda Mother Nature has created for us is something we should celebrate and be thankful for – and of the consequences of messing with it. Especially at a time when climate change (which we’ve seen a sample of this past month) threatens to disrupt that plan in a way that, unlike daylight saving time, can’t be reversed.

Extending a hand is a winning way of ending a conversation 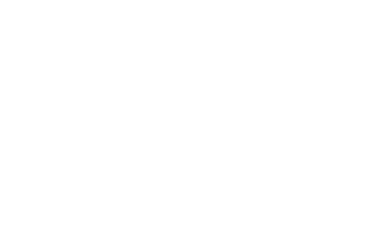